The federal government has announced that as part of the May 2021 Budget, Independent distillers and craft brewers across Australia will receive tax cuts to encourage them to invest more money into their businesses.
The additional money saved as a result of the tax cuts will make it easier for businesses to employ new workers, explore new export markets or expand their cellar door facilities.
From July 2021, eligible distillers and brewers will be able to claim a refund on any excise they pau up to an annual cap of $350,000. At the present time, they are only entitled to a rebate of 60 percent of the excise they pay, up to an annual cap of $100,000.
The Treasury predicts that, as the result of the impending changes, brewers and distillers on average will benefit by about $55,000 each year.
As a result of the changes, the price of a beer keg could be reduced by a couple of dollars with small distillers and brewers set to receive anywhere up to $250,000 in tax breaks.
The sector is one of Australians fastest growing industries and currently employs around 15,000 Australians.
There are approximately 600 brewers and 400 distillers across Australia, roughly two-thirds of them are located in regional or rural areas.
The number of distilleries has exploded in Australia over the last decade, rising from 28 in 2014 to 400 in 2021.
The Treasury has estimated that the new measures would be worth $255m to the industry annually.
It is projected producers in New South Wales and Victoria will be the major beneficiaries of the measures, as they are set to receive $12.3 million and $15.5 million in tax relief respectively.
The Brewers Association has welcomed the news, revealing COVID-19 lockdowns had seen $1 billion lost in beer sales.
Pubs across Australia are requesting for the federal government to reduce the tax on draught beer to lessen the burden on inner-city venues that have been financially disrupted by the covid-19 lockdowns and restrictions since the beginning of the pandemic.
There are calls being led by the Brewers Association for current tax levied on a keg of beer to be reduced by 50 percent as part of the upcoming federal budget. The Brewers Association argues that it would provide relief for many debt-ridden publicans who are trying to regain the mass financial losses from their business.
Draught beer is categorised as beer packaged in an individual container exceeding 48 litres. This means it can be sold on tap in clubs and pubs. Draught beer has three different excise rates, different rates depend on whether the beer is low-strength, mid-strength or full-strength.
Australian venues pay the fourth-highest beer tax in the industrialised world. A standard full-strength keg is taxed at $36.14 per litre of alcohol in Australia.
Australian alcohol tax is currently $2.26 per litre for packaged beer. This means that Australians pay 17 times more beer tax than Germany which pays $0.13, 15 times more than Spain which pays $0.15. Australia pays close to double the amount of New Zealand which pays $1.26 and pays one-third more than the United Kingdom a country that pays $1.52.
As a consequence of the lockdowns, a large number of venues across the country had to make the difficult decision to make some of their full-time staff redundant. Reducing the tax on alcohol would allow many businesses to re-employ old staff who they had to let go or hire new staff members who have been unemployed since the start of the pandemic.
Across Australia there was a 30 percent decrease in the sales of draught beer in 2020. This massive drop represents over $1 billion being wiped from the brewing and hospitality sectors.
Sales volumes at clubs and pubs fell by 94 percent in April last year and 96 percent in May when venues were fully closed. 373,500 kegs in total of perishable beer were tipped out and went to waste. This totals to 44 million schooners which were lost in sales. 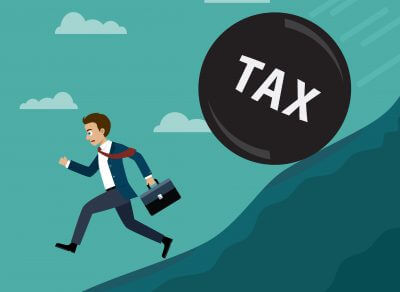