Australia’s Unemployment Rate Drops to The Lowest Level Since 2008

The unemployment rate in Australia has surprisingly dropped to 4.2 percent in December 2021 from the figures of 4.6 percent recorded in the previous month. The drop means that Australia is currently experiencing it’s lowest recorded levels of unemployment since 2008.
The Australian Bureau of Statistics (ABS) revealed that 64,800 people joined the workforce in December 2021 in a further recovery from last year’s Covid-19 lockdowns in NSW, Victoria and the ACT.
“Recovery in NSW and Victoria continued to have a large influence on the national figures, with employment in these two states increasing by 32,000 and 25,000 people between November and December,” says ABS head of labour statistics Bjorn Jarvis.
These figures takes employment back to where it was in May 2021 for these two states.
Bjorn Jarvis said the latest report provides an indication of the state of the labour market in the first two weeks of December, before the large increase in virus cases later in the month.
BIS Oxford Economics chief economist Sarah Hunter believes that based on the economic experiences of overseas nations it is suggested that the impact of the Omicron variant will be significant but short-lived, and less economically damaging than previous waves.
“Overall, the unemployment rate is set to remain below 4.5 per cent this year, and with businesses still looking to add staff this will create further upward pressure on wages and domestic inflationary pressure. Today’s data reinforces our view that the RBA will tighten the cash rate much earlier than they are currently signalling,” says Sarah Hunter.
4.2 percent is the lowest since August 2008 which was recorded just prior to the start of the global financial crisis when records were 4.0 percent.
Economists had previously predicted the jobless rate would fall to 4.5 percent in December. This means that the drop in the unemployment rate is far quicker than the Reserve Bank of Australia (RBA) had been expecting.
In its most recent economic forecasts released in November 2021, the RBA had predicted an unemployment rate of 4.75 percent by the end of 2021 and only at 4.5 percent in the middle of 2022.
Furthermore, new data showed that while Australians had intended to spend big heading into 2022, there are already signs those expectations won’t be met due to the impact of Omicron.
Australia’s Economy Is Expected to Grow By 3.6 Percent In 2022 Despite Omicron Challenges
A recently published report from Deloitte has highlighted that the Australian economy is anticipated to grow by 3.6 percent in 2022. This is expected despite the huge rise in covid-19 cases being recorded across the country as a result of the emergence of the highly contagious omicron variant and also a sharp slowdown occurring in China.
Australia is expected to recover from the current crisis within a "patchy" global growth environment that will favour nations whose populations for the large majority are triple vaccinated against covid-19.
These predictions have been published by Deloitte Access Economics in its latest Business Outlook report, which projects faster economic growth of 5.2 percent in NSW due to its reopening rebound, and 6.9 percent growth for the Northern Territory due to commodity exports.
This is a major prediction that has already baked in "a bunch of pain from Omicron", allowing for up to half the workforce spending an extra week being unable to work in the first half of this year.
Deloitte is also forecasting that there will be a 5.2 percent growth in business investment, a 6.4 percent rise in household spending, an influx of 100,000 people returning to the labour force with the unemployment rate at around 4 percent by the end of 2022.
The report also states that business investment has finally crawled its way back to being above its pre-covid levels.
The positive news about this is that, despite this being the most forward-looking component of spending in the national economy, it never dropped more than 5 percent below where it was when the pandemic hit.
"In part that’s thanks to the specific incentives for investment that were rushed into place by the government such as accelerated depreciation, and in part its thanks to the relative success of the wider Australian economy amid good health outcomes and a rapid and effective response from economic policy notably including JobKeeper," highlighted the report published by Deloitte.
Other factors outlined in the report include low interest rates and the strength of the share market, which has made it relatively cheaper for listed companies to raise capital for financing expansion. 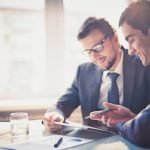