Australian Workers Are Set to Take a Real Pay Cut of 1.5 Percent Due to Inflation

Philip Lowe the Governor of the Reserve Bank of Australia, hopes that inflation spike is just a one-off caused by supply chain disruption and soaring oil prices due to Ukraine invasion.
Mr Lowe has also warned that Australians are set to take a real pay cut of 1.5 percent this year because sluggish wages growth won’t meet a surge in inflation.
“The inflation rate at the moment is 3.5% and will probably go up to 4.5%, who knows, depending on what happens with oil prices. Wages are maybe going up high twos, let’s say three, and inflation is 4.5 percent that’s a real wage cut of 1.5%, so that will obviously affect people’s budgets,” says Philip Lowe.
Mr. Low predicts that inflation will “come back down again” and the wage cut needed to be balanced against an extra $250bn in savings banked by households during the pandemic, when people’s income was supported through the JobKeeper scheme and spending was limited by lockdowns and travel bans.
“As long as inflation comes back down again households will manage through this and on average, they’ve got a lot more money to help them,” says Mr. Lowe.
For almost a decade, real wages have been stagnant in Australia, this frustrates Mr. Lowe, who says he would “like to see some bigger increases”.
Mr. Lowe says wages were lagging inflation because of state and federal pay rise caps and enterprise agreements that lock in wage rises at a fixed figure for several years.
“There are two issues that are really on our mind at the moment. The first is how persistent the supply side problems are, how long are they going to keep pushing up prices and at what point will some of those price increases be reversed. Because it’s quite possible that these big price increases occurred, that they’re not repeated, the prices normalise and after a spike inflation comes down again. The second is what goes on in the labour market,” says Philip Lowe the Governor of the Reserve Bank of Australia.
Mr. Lowe said it was only possible for inflation to come back down from its spike if “labour costs don’t respond too much”.
“The critical question, and again it’s an unknowable, is, is the inflation psychology in the country shifting? There were signs of this happening, with business leaders more willing to announce price rises than previously and some enterprise agreements linking pay to inflation, instead of delivering a fixed increase every year. There is a shift going on, but [we don’t know] how pervasive it is,” continued Mr. Lowe.
Mr. Lowe said that in the past he had constantly asked business leaders who complained of staff shortages why they didn’t give bigger wage increases to attract staff and had in the past been told it was a competitive environment and they couldn’t afford to increase prices.
“I think this cost control mentality was partly born out of that period of very high exchange rates during the commodity boom, when one Australian dollar was buying you US$1.10. It was hard for Australian businesses to compete in the global market. So this mentality got ingrained in that period that costs were too high… and that mentality I think reduced the willingness of firms to put up prices and wages. There must be other reasons as well but that was one I kept coming across,” says Philip Lowe the Governor of the Reserve Bank of Australia. 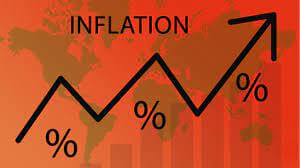