Businesses Have Rejected Australians Who Were Vaccinated Overseas

Struggling businesses within the tourism industry have revealed that they have unfortunately had to turn away visitors who have been vaccinated overseas because there is no easy way to prove that they have been immunised.
The Victorian Tourism Industry Council and Restaurant and Catering Australia are lobbying the federal government to develop a system that is easy to navigate and have warned the situation will worsen as Australia reopens its borders to international tourists.
“Tourism operators are already seeing people coming to their venues with international vaccination certificates, but they can’t accept them. This is a critical issue now. It must be resolved,” said Felicia Mariani the chief executive for The Victorian Tourism Industry Council and Restaurant and Catering Australia.
Returned travellers who have arrived in Australia who want proof of their overseas covid-19 vaccinations must provide verified and translated documents to a recognised Australian vaccination provider such as a GP.
The provider can then update the Australian Immunisation Register. However, Services Australia has warned that this process can take up to 10 days. The returned traveller then needs to link their updated vaccination status to the Services Victoria check-in app, which is used to gain access to venues, restaurants and tourist attractions.
Singaporean tourists who are fully vaccinated are set to commence arriving in Australia in late November. However, it is still unclear what proof of vaccination overseas travellers will need to gain access to visit hospitality venues and tourist attractions.
Wes Lambert the chief executive for Restaurant and Catering Australia says that the current process was complicated, confusing and not well publicised.
Mr. Lambert says that the immunisation status of returned travellers and tourists should be automatically uploaded onto a new national app that could be used across different states. He added that the situation needs to be addressed urgently.
“They are announcing people are arriving from Singapore but how will they get into restaurants and pubs? They will not be able to prove they are vaccinated,” says West Lambert the chief executive for Restaurant and Catering Australia.
In Victoria, as a condition of entry to most businesses, patrons must show their proof of vaccination via their Covid-19 digital certificate on the Service Victoria app or in their smartphone wallet, or a printed copy of their COVID-19 digital certificate from the Medicare website.
Michael Johnson who works as the director of Melbourne wildlife park Moonlit Sanctuary, has revealed that he recently had to turn away seven visitors who had been vaccinated in the United Arab Emirates and China because they were unable to load their records onto the Services Victoria app. They were all able to produce their overseas vaccination certificates.
“It is very disappointing for the people involved and confusing. Why should they be barred when they are vaccinated?” said Michael Johnson the director of Moonlit Sanctuary.
The venue reopened to the open in late October and after a tough 20 months, being forced to knock back customers was a heartbreaking experience.
“I’m sure it’s something the government intends to sort out, but the time is now,” said Mr. Johnson.
Australian Federation of Travel Agents chair Tom Manwaring has outlined that the federal government is trying their best to fix the issue as quickly as possible.
“Hopefully the system catches up. There is a gap at the moment because there is no digital solution. Doing normal tourist things is proving a little difficult for travellers coming home,” says Australian Federation of Travel Agents chair Tom Manwaring.
Peter Hosper, the chief executive of corporate travel agency Travel Authority Group, has stated that if Australia was serious about the return of international tourism, it needed to make the process as easy as possible.
“If it becomes too hard to enjoy a destination and complex to go to a restaurant, business meeting or the Opera House, it’s a deterrent,” says Peter Hosper, the chief executive of Travel Authority Group.
Mr. Hosper says that he would like to see check-in apps go altogether and be replaced with vaccination checks for inbound and outbound travellers upon arrival and departure.
Services Australia general manager Hank Jongen said state and territory governments decide when and where vaccination proof will be required, and what forms of proof will be accepted across different settings.
“They are also responsible for engaging with local businesses and educating them about proof of vaccination requirements in their jurisdiction,” says Hank Jongen the general manager for Services Australia.
The Victorian Government has also said that the management of international arrivals is a federal government issues and is something that the state government is hoping to be resolved as soon as possible. 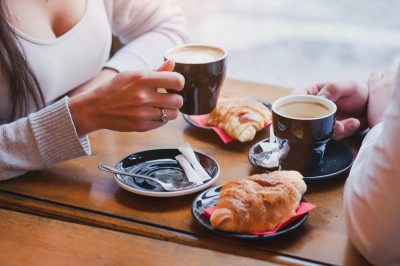