An increasing percentage of Australians are becoming disappointed with the lack of progress by made businesses towards sustainability and social initiatives, and are encouraging Australian businesses to step up and become more proactive in making change.
As people around the world acknowledge Earth Day 2022, Oracle has released a study gauging the views of 11,000 business leaders and consumers around the world, including 1,000 Australians, on the progress of ESG (environmental, social, and governance) goals.
The ‘No Planet B Global Study’ highlights the frustrations amongst Australians, with 63 percent stating they would be willing to cancel their relationship with a brand that does not take sustainability and social initiatives seriously.
The same percentage of respondents have stated taht they would leave their current company to work for a brand that places a greater focus on these efforts.
“It's never been more critical for businesses to invest in sustainability and ESG initiatives, as people don’t just want to hear about it – they’re looking for decisive action and are demanding more transparency and tangible results,” says Oracle Australia vice president of applications John Leonard.
“Business leaders understand the importance, yet often have the erroneous assumption that they need to prioritise either profits or sustainability. The truth is this is not a zero-sum game. The technology that can eliminate all the obstacles to ESG efforts is now available, and organisations that get this right can not only support their communities and the environment but also realise significant revenue gains, cost savings, and other benefits that impact the bottom line,” continued Mr. Leonard.
Over three-quarters of Australians who responded to the survey have made it clear they are willing to pay a premium for products and services from businesses that can clearly demonstrate their progress on environmental and social issues. Roughly the same number of people responded that they would rather work for and invest in these companies.
The survey results show that Australian business leaders are becoming more cognisant of the importance and urgency required, with 89 percent believing sustainability and societal metrics should now be used to inform traditional business metrics with 90 per cent wanting to increase their investment in sustainability.
Eighty-five percent of Australian business leaders believe sustainability and ESG programs are critical to the success of their organisations. Executives identified the top four benefits as strengthening the brand 36 percent, attracting new customers 35 percent, increasing productivity 31 percent, and improving supply chain management 31 percent.
“The events of the past two years have put sustainability and social initiatives under the microscope, and people are demanding material change. While there are challenges to tackling these issues, businesses have an immense opportunity to change the world for the better,” says Harvard Professional Development CIO advisor and instructor Pamela Rucker.
“The results show that people are more likely to do business with and work for organisations that act responsibly toward our society and the environment. This is an opportune moment. While thinking has evolved, technology has as well, and it can play a key role in overcoming many of the obstacles that have held progress back,” continued Ms. Rucker.
There is a growing agreement amongst customers in Australia that believe sustainability and social factors are more important than ever before, but 91 percent of respondents believe society has not made enough progress. Furthermore, 68 percent responding that events since the start of the covid-19 pandemic have caused them to change their actions.
Australians blame the lack of progress on people being too busy with other priorities at 44 percent, 41 percent believed there was more emphasis on short-term profits over long-term benefits and 40 percent believe people are too lazy or selfish to help save the planet. 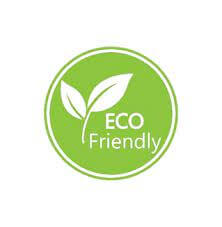