How To Obtain The $250 Cost of Living Payment

The $250 cost of living payment which was announced as part of the 2022 Federal Budget will provide millions of Australians with a much-needed financial boost.
A $420 one-off tax break was also revealed for more than ten million Australians, while the six million concession cardholders in the country will receive the $250 ‘cost of living’ payment this month.
The payment was announced in addition to the existing $1080 tax offset. Anyone earning under $126,000 will be eligible for the offset when filing their tax return.
There will also be some relief for motorists, with the fuel excise tax being cut from 44.2 cents per litre to 22.1 cents until September 28th 2022.
The Australian Government outlined that just over six million Australians will be eligible for the one-off cash payment of $250.
If you receive any of the following payments, you will be eligible for the payment.
•    Age Pension
•    Austudy and Abstudy Living Allowance
•    Carer Allowance
•    Carer Payment
•    Commonwealth Seniors Health cardholders
•    Disability Support Pension
•    Double Orphan Pension
•    Farm Household Allowance
•    Jobseeker Payment
•    Parenting Payment
•    Pensioner Concession Card (PCC) holders
•    Special Benefit
•    Veterans’ Affairs payment recipients and Veteran Gold cardholders
•    Youth Allowance
If you receive multiple of the payments listed above, you will still only receive the one payment of $250.
The $250 payment will be automatically distributed into your chosen bank account, where you receive other government benefits.
It’s suggested that you ensure that your personal details are up-to-date to avoid any delays.
The Government commenced distributing the payments in April, however, there is no specific time or date of when eligible Australian recipients s should expect to receive it.
Australians Have Been Forced to Change Their Shopping Habits Admit Price Increases
In recent weeks Australian supermarket shoppers have been forced to adjust their spending habits admit the increase of grocery bills.
A shopper survey conducted by consumer comparison company Canstar Blue found that, in the face of rising prices, shoppers had been forced to review their spending habits.
“One in 10 have even looked for extra sources of income to supplement the budget they had for groceries. The same number have cut back spending in other areas so they can afford their usual groceries,” says Canstar Blue’s editor-in-chief Christine Seib said.
The shopping survey which was conducted during the middle of March 2022 discovered that 67 percent of Australian shoppers have noticed their grocery bills increase over the past 12 months.
On top of this an extra 29 percent had noticed an increase in grocery item prices over the past two years.
As a way of responding to the price climb, one-third of shoppers are now opting for supermarket-branded products instead of branded items, and are comparing unit prices more carefully.
Furthermore, many Australians have decided to start shopping around at multiple chain stores to secure the best deals.
A Brisbane mother who has four children revealed that “I did spend at least $350 fortnightly to feed my family of four, including one being gluten-free. But now at Coles and Woolies it’s roughly costing me at least $500 per fortnight,” says the mother of four children.
She is now trying to save on her grocery bill by avoiding the major retailers and shopping around at multiple factory-outlet stores for the best deals.
“I’ve found some amazing deals from different places; you just need to know where to look. Luckily, I’ve found a way to stock up as things aren't looking like they're getting better anytime soon and I needed a cheaper way to shop for my family,” says the Brisbane mother.
Several surveyed shoppers also remarked on the climbing cost of groceries, with one noticing an increase across items on 70 percent of her shopping list, with price increases of 50 cents to $2 extra per item. 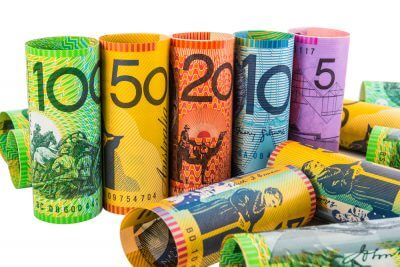