More Than One in Four Queensland Workers Have Unpaid Super

It has been reported that over one quarter of Queensland’s workforce have unpaid super, with the average worker set to lose $60,000 by the time they reach retirement.
The newly published analysis complied by Industry Super Australia (ISA) discovered that cumulative losses have reached a total of $940 million, with the average Queensland worker owed $1,600 over the 2018-19 financial year.
Furthermore, over the past six years, Queensland’s total amount of unpaid super has climbed to $5.5 billion, with young and lower-income workers hardest hit.
Several electorates across the state, including Moncrieff, Fisher, Fadden, Leichhardt, Wright, Forde and Capricornia have 30 percent of workers with unpaid super. In Hinkler, nearly one third a total of 32 percent has unpaid super.
However, workers in Rankin have the most, on average, in unpaid super, with the average worker owed $1,799.
"This is an almost $1 billion-a-year rip-off on a quarter of Queensland's workers that politicians won't fix,” says ISA chief executive Bernie Dean.
ISA outlined that one of the most effective ways to address unpaid super was to make it a requirement for employers to pay superannuation on the same day that they pay wages, as it made it easier for workers to determine if they had been underpaid super.
The ISA contends that federal politicians have known about this solution for years but have failed to put it into place.
Workers who have underpaid super are also required to chase it up through the Australian Tax Office (ATO), however the ATO only recovers around 12 percent of underpaid super every year.
"Super is your money, it should be paid at the same time as wages. By not mandating the payment of super with wages, politicians are stopping millions getting what they are owed. Our federal politicians get their super paid on payday, so should all Queensland workers,” said Bernie Dean.
The ISA said the Government also needed to force the ATO to name the companies that had failed to pay super and extend the Fair Entitlement Guarantee so that workers could claim their super savings if a company went bankrupt.
Currently, superannuation is not included under the guarantee.
“Most employers are doing the right thing, but they are being undercut by competitors who are getting away with daylight robbery. Paying super with wages is the only way to get workers their money and level the playing field for business,” says Bernie Dean.
Australian Workers Are Being Encouraged To Check If Their Super Is Underperforming
Australians are being urged to do one thing that has the potential to boost their super by tens or even hundreds of thousands of dollars.
Australians are being encouraged to check if their super accounts are performing this year, after a comparison tool launched five months ago reached the milestone of one million hits online.
Superannuation Minister Jane Hume said the online resource, which was launched in July, held super funds to account and named and shamed underperformers.
“Australians work hard to earn their wages, and of course superannuation is deferred wages. We will always put Australians first, not fund managers,” said Superannuation Minister Jane Hume.
Thirteen MySuper products failed the Government’s new bright line performance test covering a million-member accounts.
The MySuper comparison tool enables Australians to compare their super fund against other default products on an apples to apples basis.
“The fees you pay today can mean tens or even hundreds of thousands of dollars difference in retirement. As Einstein observed, compound interest is one of the most powerful forces in the universe- a small change in your super today can have very lucrative pay-offs many years down the line,” said Superannuation Minister Jane Hume.
The online tool illustrates that for a person aged 30 who has $70,000 worth of super there are nine funds which “underperform” based on information supplied by the Australian Prudential Regulation Authority.
One of the super funds was Maritime Super, a fund that was charging $1010 a year, according to the website, while giving a person a seven-year net return of 7.13 percent.
Energy Industries Superannuation Scheme was also classified as underperforming, charging $623 with a net return of just 5.96 percent.
Meanwhile, on the other hand, “performing” account UniSuper charged an annual fee of $418 and had a net return of 9.17 percent over seven years.
Australian Super charged $586 but had a net return of 9.41 percent. 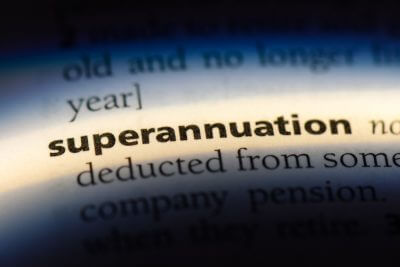