Payroll Jobs Drop During The Month of August

As a result of covid-19 enforced lockdowns, payroll jobs across Australia dropped during the early weeks of August.
The Australian Bureau of Statistics (ABS) announced that payroll jobs fell by a further 0.7 percent in the fortnight to Saturday 14th August when compared to a fall of 1.8 percent in the previous two weeks.
The biggest falls were recorded in NSW, down 1.2 percent, followed by Queensland off one percent, the ACT 0.7 percent lower and Victoria dropping 0.6 percent.
"These four states and territories had lockdowns for either all or part of the first half of August, in addition to existing restrictions and border closures across the country," said ABS head of labour statistics Bjorn Jarvis.
Reserve Bank governor Philip Lowe has issued a warning that the unemployment rate will increase in coming months as the economy takes a dive as a result of covid-19 lockdowns.
Commonwealth Bank group economists expect that the official August labour force data which is set to be released in the final week of September will indicate that there have been around 300,000 job losses with the unemployment rate lifting from 4.6 percent to 5.2 percent.
There were also further indications that the demand for workers is rapidly easing.
Figures released on Thursday 16th September illustrated that job advertisements posted through the SEEK network dropped 5.3 percent in August 2021.
Job advertisements in NSW dropped by 10.7 percent in August, while they declined by 6.3 percent in Victoria.
Reserve Bank governor Philip Lowe predicts that the economy will resume its recovery in the December quarter, labelling the impact of having lockdowns in NSW, Victoria and the ACT temporary.
National Australia Bank CEO Ross McEwan predicts that the recovery will be “bumpier” and will rely on opening up the economy under national plan guidelines.
"We don't believe it will be the same enormous bounce back we had after the big contraction last year," said National Australia Bank CEO Ross McEwan.
NAB expects the economy will contract by 3.5 percent over the September quarter and eventually return to a positive trajectory in the final three months of the year.
It predicts that Australia’s economy to grow by four percent in 2022.
Small Businesses Are Concerned About Having Confrontations with Unvaccinated Customers
Businesses across covid-19 ravaged parts of New South Wales and Victoria are looking forward to being able to open to more customers when the states that reach their double vaccination targets.
Despite the impending exciting there is also fears of confrontations that will occur with unvaccinated customers who will ultimately be refused entry into their stores.
Business owners in the hospitality industry are still trying to decide what is the best way to deal with unvaccinated customers and how they can get their employees to communicate with these customers will most likely be refused entry.
The NSW Government is currently working on the creation of vaccination passports which will be linked into the QR Code system when a person signs into a venue. This means their immunisation status will be displayed, therefore allowing the patron entry if they have been fully vaccinated.
The government is also working on the relevant legislation and public health order that will underpin everything and make it easier for businesses to have intense conversations with customers.
Business owners are planning to tell unvaccinated customers that “there is a law that will make the business and their management team liable if they are let onto the premises. Don’t blame the business, blame the government as the situation is out of the business owners’ controls”.
By refusing to serve people who haven’t taken the covid-19 vaccinated the business could tell the customer that they are simply following the rules the same way a bottle shop is unable to legally severe a customer who is under the 18 of age. 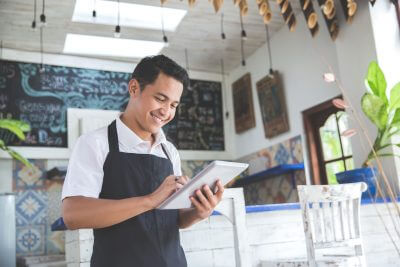