Planning an Exit Strategy for Your Family Business

Planning and executing a successful exit strategy to either sell your family business or introduce a succession plan within your family has many challenges.
Particularly in the age of covid-19 when banks have stricter borrowing conditions. Businesses at the present time are also experiencing a reduction in turnover during the pandemic.
Regardless of these obstacles and limitations if you are patient, plan efficiently and take the initiative to have some difficult conversation ultimately you still have the potential to achieve exceptional results.
Here is a list of important lessons that can be learned from other family businesses who have aspired to develop a successful exit strategy.

It is crucial to start planning an exit strategy as early as possible with your financial advisor to make sure your business is structured correctly to take advantage of any tax concessions. Avoid leaving it until it is too late regardless if you are considering exiting in the next few years or later.
Businesses who plan ahead are often able to take advantage of small business tax concessions. These concessions save the businesses thousands of dollars in tax. One Australian businesses only approached their financial advisor for advice less than a year before they planned to sell the business. As a result of this they were unable to change their business structure in time to meet the small business tax concession requirements. By leaving it too late to make changes to their operating structure this business ended up having to pay close to an extra $500,000 in tax.

Don’t Avoid Having A Difficult Conversation

It can be very difficult for most family business owners to bring up the conversation top of succession planning and also to discuss the owner’s agenda and their opinions of the possibilities of retirement and death.
This conversation is critical and by discussing it earlier a lot of confrontation can be avoided later on. One of the negative consequences of not developing a succession plan is that if there isn’t a plan put in place and the owner passes away suddenly the family than won’t have any idea what assets have been accumulated or how to run the business. The death of the family business owner means the family loses access to the wisdom and guidance of the family member who knows everything that is needed to know about the business, history and what can be done to ensure its future success.
Some of the most difficult conversation a family business can have centre around the different role’s family members have in a business. Some may be more involved, working fulltime for a number of years and making many sacrifices in order to grow a business, whilst some family members might have zero involvement. Sometimes the most recent success of a business could be linked to the input of the founder’s child, who now works in the business and sometimes this goes without appreciation, acknowledgement or value. This may result in different family members having an uneven split of the family wealth as well as difficulty in gaining a consensus on the timing of the exit.
The most important takeaway from these types of situations is to make sure that you as the owner of a family business, layout the business and personal financial position to your family, tell them your succession plans and how the split of assets will be undertaken on your eventual retirement or death. It is much safer to have this conversation years in advance. It is critical to review the succession plan every year, to ensure that it still achieves the original intention and there have been no major changes in asset values.
It is a great idea to have an impartial person involved in these discussions to also with removing any family history or perceived favouritism which could influence the outcome of a family meeting. Having an agenda, being concise, direct and summarising agreed outcomes of family meetings will go a long way in overcoming, any arguments now and in the future.

Preparing to Sell Your Business

When selling your business, the purchaser will be required to undertake their own due diligence.
To avoid being bombarded with questions, it is a smart idea to put together a financial and business information pack before you put the business on the market. This information pack should include information such as; the history of the business, the last 3 or 5 years of trading results, major customers and suppliers and the details of ongoing contractual obligations such as premise leases, explanation of any major variances from one year to the next. The explanations on improvements in the business in recent times which will lift the performance of the business in the years ahead, such as new customers, or a new online business platform.
As a business owner it is super important for you to clearly articulate what is being sold. Is it just the business? Is it also shares in the company? Does the purchaser have an option to acquire the real estate if it is not included in the purchase? What fixtures are included. Does it include intellectual property, websites, patents or any existing contracts?
If you work hard and in compiling all the required information upfront, this will result in the time and resources spent in numerous back and forth communication between you and the purchaser being reduced significantly. This also eliminates some of the smaller and less important questions allowing you to focus on the major issues.
Most business owners are surprised when they discovered how much time can be consumed when you are involved in answering so many questions. By making a compilation of an information memorandum upfront will make the process smoother and will allow you to continue concentrating on your business without losing focus with the sale process. 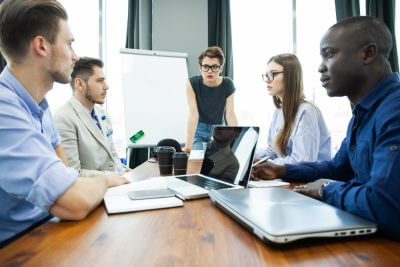