Rob Lucas the Treasurer of South Australia has revealed that all shops will be allowed to trade on Australia Day between the hours of 11am to 5pm regardless of its size or its businesses location.
The special exemption will give permission to shoppers in the suburbs of Adelaide to shop locally in the same way those in the CBD and the regions have been able to do on public holidays.
“If shoppers want to shop, traders want to trade and workers want to work, they should have the opportunity to do so in their local community. With Omicron prevalent in the community, this decision will assist social distancing and also allow families to shop close to their homes without having to travel,” says South Australian Treasurer Rob Lucas.
The Australian Retailers Association (ARA) has expressed their support for the decision made by the state government, with CEO Paul Zahra saying the exemptions are a boost for suburban retailers and consumers who can now shop locally on the public holiday on Wednesday 26th January.
“This gives consumers the option to shop locally, close to their homes – something that would normally be off limits on public holidays. Whilst we welcome the exemptions for Australia Day, it once again highlights the need for long-lasting reform to the state’s trading hours regime. Shops need flexibility to open when customers want to shop - in the morning on weekends, in the evening during the week and on public holidays,” says Paul Zahra the CEO of The Australian Retailers Association (ARA).
The current laws in South Australia do not allow shops in metro districts to be open during public holidays.
“We currently have outdated trading hour restrictions in South Australia that are not reflective of modern-day consumer behaviour. We will continue to advocate for changes in this area to bring South Australia’s trading hours into the 21st century,” says Paul Zahra.
Job Adds Across Australia Dropped By 5.5 Percent in December 2021
Businesses across Australia chose to take to the labour market with caution during the month of December as job ads fell as a result of the rising case numbers, and the Omicron-induced economic uncertainty that accompanied them.
ANZ published the results of its monthly job ads index on Wednesday, which showed the rate of jobs in Australia dropped by 5.5 percent during the month of December from its revised 17.2 percent jump over the two months previous.
The bank suggested that a record gain in November’s employment figure, which saw 366,100 new jobs added to the economy, was likely a significant factor in December’s falling rate of job ads, which still sits 36.8 percent above pre-pandemic levels.
Catherine Birch, who works as a senior economist at ANZ, suggested that the decrease in job ads might not be all bad news, as the index could indicate that the number of listed vacancies filled outpaced the number of new jobs advertised.
“This seems to explain at least part of December’s ANZ Job Ads drop. A remarkable net 366,100 people found employment in November, a 2.9% month on month gain. While not directly comparable, the National Skills Commission’s Internet Vacancy Index recorded a 0.6% month on month rise in newly lodged job ads in November. But it’s also possible that businesses have become more hesitant to hire due to the spread of omicron and the consequent uncertainty around consumer behaviour and worker availability,” says Catherine Birch a senior economist at ANZ.
According to the data collected by the ANZ, consumer sentiment took a tumble after Christmas and Boxing Day trade. Like job vacancies, consumer sentiment also fell as a result of rising Omicron case numbers, the bank suggests. 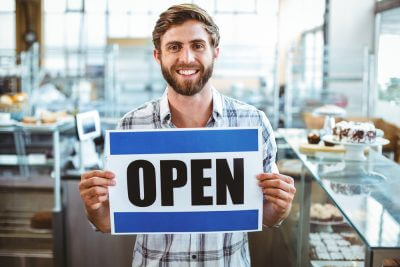