The Commonwealth is still paddling through a sea of red tape which has been inflicted by financial regulators prior to launching its crypto products to all of its retail users.
Financial regulators are standing in the way of expanded crypto services on Commonwealth Bank of Australia’s (CBA) mobile application. In an Australian first, the bank aims to allow all of its 6.5 million users access to cryptocurrency services.
Late last year the CBA’s crypto products began as a pilot project of the services, after which it hoped to open up to all of the users of its app. However, it now appears to be moving toward a second pilot. On Wednesday 6th April that the Australian Securities and Investment Commission (ASIC) has tied up the launch with red tape.
ASIC objects to the launch on the basis of consumer protections in regards to the target market and product disclosures. CBA has been working with ASIC and several other regulatory bodies within the Australian government in order to launch the services.
ASIC commissioner Cathie Armour says that her commission’s recent focus on crypto despite arguments that it falls outside ASIC‘s purview. She said that although crypto assets are not necessarily financial products that the commission can regulate, it was concerned that:
“Consumers may be investing in an environment where they are not afforded the same level of protection that applies to financial products and services.”
The announcement of the CBA’s plans to launch cryptocurrency services in November last year obtain huge amounts of attention from the media as it was one of the first big four banks in Australia to do so.
Blockchain Australia CEO Steve Vallas told Cointelegraph that the move would be “extraordinarily important.”
To make the product a reality, the Commonwealth Bank commenced a partnership with offshore crypto exchange Gemini and blockchain analysis firm Chainalysis. Once fully launched, the product will include Bitcoin (BTC), Ethereum (ETH), Bitcoin Cash (BCH) and Litecoin (LTC).
The ATO Issues Warning Over Unpaid Crypto Related Taxes

The Australian Tax Office (ATO) is encouraging accounting professionals to engage with their clients on their cryptocurrency activity.
The ATO acting assistant commissioner, Sylvia Gallagher, confirmed that people as young as 18 years were getting involved in cryptocurrency trading and that the authority was paying attention.
Cryptocurrency trade reportedly increased by 64 percent in 2021 as over half a million Australians engaged in trading digital coins.  The ATO is reminding taxpayers that data matching is ongoing, and efforts are being made to ensure no activity slips past them.
Sylvia Gallagher outlined that much information had already been collected and would be used to ensure a level playing field as taxpayers met their obligations.
Sylvia Gallagher further flagged three types of transactions that required recording on returns.  This included selling or gifting of cryptocurrency, trading or exchanging cryptocurrency, and converting crypto into fiat money.
It was outlined that depending on the situation, different tax measures will apply. For instance, where crypto was transferred from one wallet to another without a change in ownership, no capital gains tax (CGT) would apply. The ATO website explains that “if your cryptocurrency holding reduces during this transfer to cover the network fee, the transaction fee is a disposal and has capital gain consequences”.
For a cryptocurrency that is disposed of as part of business assets, the profit was assessable as income and not CGT.  Businesses that received payment in the form of crypto should also consider this as part of their income and value it in Australian dollars.
Sylvia Gallagher however confirmed that gains and losses made from trading in crypto designated for personal use were not subject to CGT.  She advised taxpayers to refer to the guidelines posted on the ATO website on the tax treatment of cryptocurrency transactions.
The ATO and other State & Federal government revenue authorities in Australia will continue to find new ways to deal with those taxpayers that are not paying their fair share of tax or meeting their financial compliance obligations – more than ever that applies to cryptocurrency trade.
As official reviews, audits, investigations, and inquiries of taxpayer lodged returns and their taxation affairs in general continue to remain prevalent, the best course of action is to ensure that your accounting firm has a comprehensive tax audit insurance solution such as Audit Shield in place. 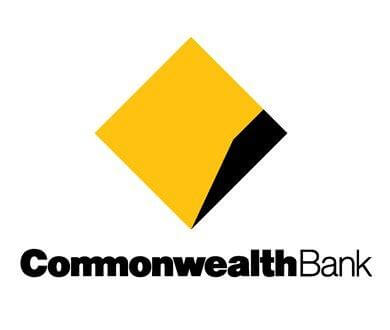