The revenue threshold for small, medium and large charities is set to be increased. This will save over 5,000 charities the need to produce reviewed or audited financial statements.
The Treasury is in the process of currently consulting on exposure draft legislation which the governments hopes will decrease red tape and increase the amount of transparency within the charity sector.
The impending changes include an increase for small charities to be defined as those with an annual revenue below $500,000, up from the current $250,000 threshold.
In comparison, medium-sized charities, are currently defined as charities that have a revenue between $250,000 and $3 million.
Large charities which are currently defined as charities that have a venue of $3 million or more.
The increase in the annual revenue thresholds will result in having a direct impact on a charity’s annual reporting obligations. This means that close to 2,500 small charities will no longer be required to produce annual financial reports. This as a consequence will save each charity around $2,400 in accounting fees annually.
Furthermore, an excess of 2,700 medium-sized charities will also no longer be required to produce audited financial statements, thus saving these charities approximately $3,000 in accounting expenses annually.
Despite the impending changes, the proposed thresholds are lower than the ones recommended by the ACNC’s review in 2018. These recommendations suggested the threshold for small charities to be increased to less than $1 million, an increase from $1 million to under $5 million for a medium charity, and $5 million or more for a large charity.
Some of the other proposed changes in the exposure draft legislation consist of a requirement for all registered charities to disclose related party transactions, with small registered charities to make a simplified disclosure involving a brief description of related party transactions.
The Treasury believes that this change will offer greater transparency and accountability, especially in regards to “transactions that pose a higher risk to charitable assets being used for private benefit”.
The regulations will offer an exemption to medium and large charities with only one remunerated key management person, from the requirement to disclose, as part of their related party transactions, aggregate remuneration paid to responsible persons and senior executives.
How to Claim Tax Deductions on Donations You Make to A Charity
Often when you donate money to a charity, your donation can be tax deductable. Tax deductible donations are a fantastic way to give your tax refund a boost while contributing to a worthy cause that is close to your heart.
This is the definition of a win-win situation. It is important to remember that every time you donate over $2 to a registered charity, it is likely that this charitable donation you have made is probably tax deductible.
Here is some important information to be aware of which will assist you with correctly claiming your tax-deductible donations on your tax return.
Charitable Donations and Tax Deductions
If a charity is registered by the Australian Tax Office as a “Deductible Gift Recipient organisation”, then donations you make to that charity may be tax deductible.
You can find out if a charity is a deductible gift recipient organisation by searching the Australian Business Register to check its eligibility.
In most cases, deductible gift recipient charities mention on their website if donations are tax deductible. If you are still not sure, it would be a good idea to ring the charity and ask for proof of their deductible gift recipient status.
Examples of When A Donation Is Not A Tax Deduction
When you receive a raffle ticket, event entry, dinner attendance, chocolates, or anything similar to this, then your donation can’t be claimed as a deduction. This is due to the fact that if you receive something because of your donation, then don’t claim the donation as a tax deduction.
Furthermore, if the donation was to an organisation that was not a registered deductible gift recipient, then you can’t claim it, either.
Tips for Keeping Track of Your Tax-Deductible Donations to Charities
There are many cases where Australians have lost potential savings during tax time simply because they have forgotten about some deductible donations or have lost receipts.
It is important to save the receipt of every donation you make. It would also be a great idea to set up a draft email in your email account called “charity donations”. You will never send this email you will simply have it stored as a draft. Having it saved in your draft email section will make it easy to find. Every time you donate just open up the draft and add a note which includes the following three things; the name of the charity, the date and the amount of money you have donated.
Keep a simple list of the names of each charity you donate to. Then, each year at tax time, send each of them an email asking for a summary of your donations in the past 12 months.
Charities should always provide a receipt for your donation. Whenever you give, watch carefully for that receipt. Then save it in one place that you will remember at tax time.
Other Important Information To Remember About Charity Tax Deductions
When you receive something from your donation such as a raffle ticket, pen or bandana you are unable to claim this donation on your tax return. This is because the ATO views this as a transaction where you are receiving a good or service in exchange for the money you have donated.
Some charities also have specific rules that limit the donation amount you can claim. This should be explained to you or referenced on your receipt. That way you should be informed of how much of your donation is actually a tax-deductible donation. 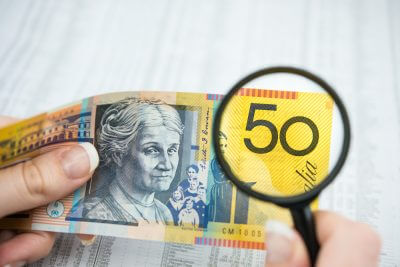