The Victorian Government has announced that seniors residing in the state will be given access to an extra 10,000 travel vouchers, in a bid to bolter the state’s tourism industry that has been badly affected by the covid-19 pandemic.
Under the scheme, seniors who hold the vouchers will be eligible to claim a $200 rebate when spending $400 or more on accommodation, tours, experiences and attractions across the state between the 8th April and the 27th May 2022.
Minister for Regional Development Mary-Anne Thomas has said that some of the initial recipients were ineligible due to being from the same family, paving the way for unused vouchers to be redistributed.
The extra 10,000 vouchers will be distributed out among the 25,000 people who unsuccessfully applied in the original ballot. They are urged to check their email to find out whether it's second time lucky.
More than $159 million has been injected into Victoria's tourism sector from previous rounds of the travel voucher scheme.
"This is all part of our government's commitment to help tourism businesses and others come back stronger than ever after the last couple of years," says Victorian State Minister for Regional Development Mary-Anne Thomas.
The Victorian government scheme aims to help the dining, entertainment, travel industries recover from two years of covid-19 enforced lockdowns and border closures.
"I would recommend that any senior Victorian who made application through our ballot process for a travel voucher check their email today and see if they are indeed a recipient of these additional vouchers that have been made available," says Mary-Anne Thomas.
Victoria Tourism Industry chief executive Felicia Mariani said offering another round of vouchers to seniors would be particularly helpful as the industry entered the quieter, post-Easter period and headed into winter.
"These vouchers at this point in time are incredibly useful because they really do help to encourage visitation when the industry needs it the most," says Felicia Mariani.
Huge Increase In Tourists Means That Businesses in Tourism Hotspots Are Increasing Their Wages
Businesses located in regions that are heavily reliant on tourism are giving their staff a huge increase in wages as they compete with other local businesses to find new staff.
Broome in Northern Western Australia in most cases relies on the backpacker pool of workers, so without them there's been a big shift and it's the workers who are benefiting.
Recently there was a $92,000 salary on offer to make coffees at a Broome cafe, and also $2,200 relocation payments for cooks and kitchen hands to move to Kununurra.
Furthermore, supermarkets in Broome are offering $35 an hour for staff to stack shelves, with one advertising $1,000 bonus payments to staff who stay more than a couple of weeks.
Although the approach is enabling some businesses to shore up a workforce ahead of the peak season which traditionally starts at Easter time it is causing anxiety among those who cannot afford to keep up.
Bikram Pradhan owns a café in Broome has said that he had a painful feeling when he saw a $92,000 barista salary offered by a rival cafe.
Mr. Pradhan is also trying to recruit staff but cannot match the huge salary that has been offered by his competitor.
"At the moment there are five of us pushing through to keep the cafe open, which is a bit crazy; ideally we'd have five more people. It's mentally draining and you can only do it so long. As the weeks go on, you get physically tired and you just can't handle it. It's right before the season starts so I don't know how we'll cope if we can't find the staff,” says Bikram Pradhan.
Instead of offering massive wages, Bikram Pradhan like many other small businesses across located in Broome is pinning his hopes on the imminent return of the backpacker workforce.
During the covid-19 pandemic the number of working holiday makers dropped significantly from 141,000 to as low as 2,000.
The most recent data published by the federal government data indicates that the number of backpackers is bouncing back but is still at just 10 per cent of pre-pandemic levels.
Since Australia reopened to international travellers in December, more than 14,000 backpackers have arrived, with another 41,000 granted visas and expected to arrive soon. 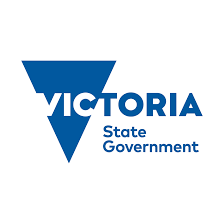