As a result of the covid-19 pandemic, Australia is currently experiencing a skills shortage. This means that businesses are experiencing tough competition and must compete hard to attract high quality workers.
The easiest way to attract high quality workers is to offer them higher wages, however most Australian businesses aren’t prepared to do this.
Australia isn’t the only country experiencing this problem, over in the United States, 85 percent of S&P 500 companies have complained that rising wages has been affecting their bottom line saying that they plan to pass the cost onto the customer.
2021 was one of the most difficult years for businesses who were looking to fill vacant positions. This was mainly due to the Great Resignation, the “brain drain” and closed borders.
Recently published research from recruitment agency Robert Half showed that despite the gradual reopening of Australia’s international borders, 54 percent of Australian business leaders believed that finding qualified employees in 2022 would be more challenging than before the pandemic.
The tough competition for talent has placed jobseekers in the drivers seat, with the ability to leverage their position to ask for better pay and more benefits.
The recent survey showed that when asked about their biggest hiring challenge in 2022, 39 percent of Australian business leaders said meeting candidates’ salary expectations would be their main challenge.
This was followed by reskilling and upskilling existing employees’ 36 percent and finding candidates who possessed the right technical skills 36 percent.
“Competition for talent is strong, and professionals with in-demand skills are aware of the hiring market challenges and the bargaining power this gives them – particularly with regards to salary,” say Robert Half director Nicole Gorton.
“Companies are increasingly turning to poaching talent from the competition to tap into a broader talent pool, and many are receiving multiple job offers with generous salary increases, bespoke benefit packages, and title changes,” continued Ms. Gordon.
As more opportunities and enticing packages, employers are now being forced to adjust to higher salary expectations in order meet the market expectation.
“Alongside remuneration, sign-on bonuses, opportunities for advancement and concrete efforts to support employee work-life balance through hybrid working will also distinguish employers of choice in the war for talent this year,” says Nicole Gordon.
Australia’s Unemployment Rate Drops to The Lowest Level Since 2008
The unemployment rate in Australia has surprisingly dropped to 4.2 percent in December 2021 from the figures of 4.6 percent recorded in the previous month. The drop means that Australia is currently experiencing it’s lowest recorded levels of unemployment since 2008.
The Australian Bureau of Statistics (ABS) revealed that 64,800 people joined the workforce in December 2021 in a further recovery from last year’s Covid-19 lockdowns in NSW, Victoria and the ACT.
“Recovery in NSW and Victoria continued to have a large influence on the national figures, with employment in these two states increasing by 32,000 and 25,000 people between November and December,” says ABS head of labour statistics Bjorn Jarvis.
These figures takes employment back to where it was in May 2021 for these two states.
Bjorn Jarvis said the latest report provides an indication of the state of the labour market in the first two weeks of December, before the large increase in virus cases later in the month.
BIS Oxford Economics chief economist Sarah Hunter believes that based on the economic experiences of overseas nations it is suggested that the impact of the Omicron variant will be significant but short-lived, and less economically damaging than previous waves.
“Overall, the unemployment rate is set to remain below 4.5 per cent this year, and with businesses still looking to add staff this will create further upward pressure on wages and domestic inflationary pressure. Today’s data reinforces our view that the RBA will tighten the cash rate much earlier than they are currently signalling,” says Sarah Hunter.
4.2 percent is the lowest since August 2008 which was recorded just prior to the start of the global financial crisis when records were 4.0 percent. 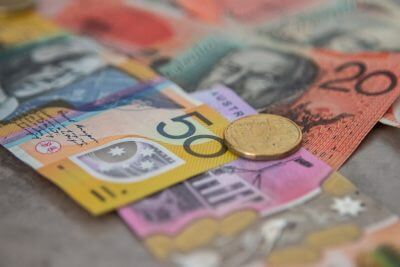